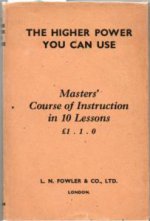 Murdo MacDonald-Bayne (1887-1955) was a 2.0 degree initiate who was naturally sensitive and had been trained by the Masters in Tibet for healing and mental overshadowing. (See Benjamin Creme (1997), Maitreya's Mission Vol.III, p.419 and in Share International No.2, March 1997, p.22.)

In his first book the author puts forth the fundamental teachings of the Masters, making connections between the Western and the Eastern approaches, and illuminating his expose with several diagrams. This is also the book that he refers to as "The Master's Course."
In the Introduction he explains: "I, myself, make no claim; I am just a voice in the wilderness calling to the sons and daughters of God to harken unto the Truth." He also divulges: "It was not until one night when a mysterious Visitor appeared to me that I knew what my real mission was." The Visitor told him: "I will guide you to the Himalayas in Tibet, where you shall receive instructions for your real mission." According to Benjamin Creme this Visitor was the Master Jesus (Share International No.9, November 2006, p.31), Who would later give a series of talks through mental overshadowing (published in Divine Healing of Mind and Body).
Dr Mac announces his last two books here already: "Later I will present to the world, in book form, details of these happenings -- what I saw and heard, also my travels and experiences, with pictures of the way to the most inaccessible parts of the Great Tibetan Himalayas." Unfortunately these pictures never made it into Beyond the Himalayas and its sequel, The Yoga of the Christ. This volume, however, does contain photographs of a Tibetan mountain range, the author and travelling party in Tibet, and a valley in Tibet. It also contains a portrait of the author (frontispiece), and a drawing of the ascended Christ superimposed on Jesus on the cross (opp. p.96).

No date. After having been available in mimeograph form during Dr Mac's world lecture tour this title was first published in book form in 1938, i.e. not long after his return from Tibet, in a deluxe hardcover edition (printed by Fisher, Knight & Co. of St Albans; cover below) and an ordinary edition in light blue boards (printed by Taylors O' Chesham). Although no publisher's name is given for either edition, the typography of the hardcover is identical to the later Fowler edition, which likely makes it an early, albeit unnamed, Fowler publication. The first edition with Fowler's name as publisher appeared just after WWII, around 1945-46 (cover above).

In 1984 a reprint with Commentary Notes was published by Lora Mendel of Canada. It is currently also available in paperback from Mystica Publications of New Zealand.

First or later editions?
First editions of Dr Mac's subsequent books are also undated, but may be identified by Fowler's address (29 Ludgate Hill) and the printer name (W.&J. Mackay and Co). However, his books from the 1940s may have seen reprints before L.N. Fowler & Co moved to Stuart House at 1 Tudor Street in the 1960s. Reprints of some (but not all) of these early titles may be identified by a pictorial dust jacket and/or the printer's name A. Wheaton & Co, Exeter. By the 1960s Dr Mac's books were printed by Lowe & Brydone Ltd, while in the 1970s L.N. Fowler's was located at 15 New Bridge Street.
The publishing company, L.N. Fowler & Co., was founded by American Lorenzo Niles Fowler (1811-1896), who re-introduced Phrenology in Britain in the 1860s and 1870s. Fowler was also the UK publisher of the books by Yogi Ramacharaka (see under Miscellaneous > East & West). 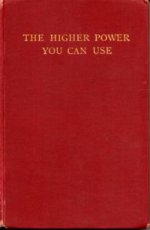