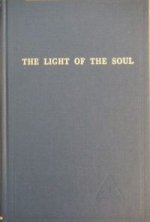 The Master DK's "paraphrase of the Yoga Sutras of Patanjali with commentary by Alice A. Bailey." As the author says in her Introductory Remarks: "The Science of Raja Yoga, or the 'Kingly Science of the Soul,' as laid down by its main exponent, Patanjali, will eventually find its greatest demonstration in the West."
According to Benjamin Creme, the light of the soul is necessary to dispel glamour, by raising the consciousness from the astral to the mental plane and thereby invoking the intuition, or the light of the soul.