The Labours of Hercules - An Astrological Interpretation (1974) 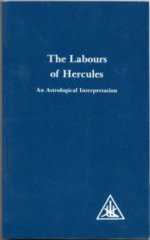 This book is a compilation of a series of articles about the Herculean myth in terms of the initiate's symbolic journey through the 12 signs of the Zodiac, which originally appeared in Beacon magazine between February 1957 and August 1958.
The Greek myth of Hercules is based on the life story of this World Teacher, whose 12 labours revealed an aspect of the spiritual journey of man underlying his physical existence, much as Jesus' life illuminated the five initiations that lead to Masterhood.
The articles, which are an elaboration on statements about the myth as given by the Master DK, were written by Alice Bailey. A footnote for the Eighth Labour states that from this point the statements on the myth were written by Dr Francis Merchant. 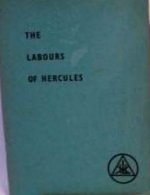