Telepathy and the Etheric Vehicle (1950) 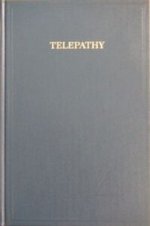 In Maitreya's Mission, Vol.II, p.546, Benjamin Creme corrects a mistake on p.163 of this book:
"St. Paul, later the Master Hilarion, did not dictate the Book of Revelation to St. John, who was one of the closest disciples of the Christ. The Book of Revelation was not dictated by anyone but was the description, as closely as He could put it into words (which is not close at all), of a series of visions given to Him by Maitreya. Some of these visions relate to events of His own time, such as the downfall of Rome and the emergence of Christendom, some to events now taking place, others to events to take place in the Capricornian cycle, while still others relate to happenings at the consummation of our Earth's evolutionary experience."

Of Alice Bailey's reliability as an amanuensis, Benjamin Creme says: "Not even the Masters claim infallibility. But I think we can be assured that if a Master of Wisdom (DK) continued to work through Alice A. Bailey for thirty years, He must have been well content with her accuracy as a mediator." (Maitreya's Mission, Vol.I, p.302.)