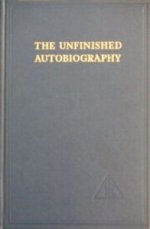 Born in England in 1880 as Alice LaTrobe-Bateman, the author became a US citizen when she married Foster Bailey in 1921 with whom she had three children. She received private education in England an began her public work at the age of twenty-two.
The text on the inside jacket of the 1953 edition of one of her books says: "A recognized authority on international relations, Alice A. Bailey is widely known both in Europe and in America as a lecturer, teacher and author whose efforts have contributed to the growing world-wide movement toward the establishing of right human relations through the practical application of goodwill, international understanding and co-operation... Her most valuable contribution to world thought, however, has been the writing of a long series of books for the serious student of occult and esoteric subjects."

"If you read her autobiography, you will find that she downright refused to have anything to do with these Teachings and said: 'No, I am not going to be a medium', until she was assured by her own Master that this was nothing to do with mediumship, that it was the higher telepathy, that it was work for the Plan, and that it would be in the best interests of the Hierarchy and the world if she would kindly undertake this thirty-year duty... Finally, she agreed and started the work. And so, for thirty years, she was the amanuensis of the Master D.K." (Benjamin Creme, The Reappearance of the Christ and the Masters of Wisdom, p.206)
"Not even the Masters claim infallibility. But I think we can be assured that if a Master of Wisdom (DK) continued to work through Alice A. Bailey for thirty years, He must have been well content with her accuracy as a mediator." (Benjamin Creme, in Maitreya's Mission, Vol.I, p.302.) 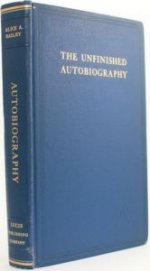