George Adamski – A Herald for the Space Brothers (2010) 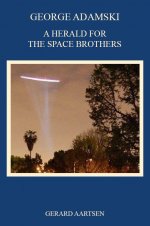 This book focuses, for the first time, on the true significance of Adamski's mission to inform humanity of our spiritual nature, our interplanetary brotherhood and the need to take responsibility for our home, planet Earth. Providing a unique and comprehensive overview of Adamski's teaching, a consistent and urgent message emerges which shows he was well ahead of his time, as witnessed by the current rise in global awareness of the need to protect the environment and to find lasting solutions for the persistent problem of social and economic injustice in a world of abundance.
Using Adamski's own words where possible, and making connections that have thus far been missed or ignored, this book shows how Adamski's work as a harbinger for the Space Brothers and their teachings fits in squarely with the Ageless Wisdom tradition as handed down through the ages by the Elder Brothers of humanity – the Masters of Wisdom with whom Adamski studied as a teenager (see also his first book, Wisdom of the Masters of the Far East). In doing so this book places his mission in a context larger in scope than even most of his supporters could have fathomed.

While Part One describes the backdrop, the man, his mission and his teaching, Part Two consists of two rare texts by Adamski, one of which never before published. The book also contains a rare photograph, as well as a comprehensive overview of Adamski's writings and publications.

Parts of chapter 2 and the first section of chapter 3 in this book are based on articles which first appeared in Share International No.8, October 2008.
The typography of the chapter titles is copied from the original edition of George Adamski's Inside the Space Ships as a tribute to that book. 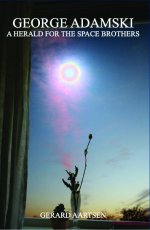