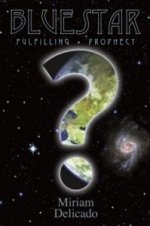 In October 1988 Miriam Delicado was contacted by short extraterrestrials who had emerged from a craft that had trailed her in her car heading south along Highway 97, outside the town of Prince George, British Columbia, Canada.
The experience caused the author to realize that humans are not alone in the universe: "These beings have been out there since the beginning of time and my understanding is that they take care of other planets out there." The author says the message of the extraterrestrials is one of hope and encouragement, which also means, "We have a responsibility to all of life."
The author relates the information she received from her space contacts to the Hopi prophecy of the Blue Star, while one of the messages the author was given seems to refer to the 'star' that has been heralding the World Teacher's emergence since December 2008: "One day a star will appear in the sky for all of man to see, nothing or no one will be able to hide its presence from the world. It will be a sign to the people that the end is near and it is time to prepare." (p.87 and p.187) Interestingly, the Hopi also have their own prophecy of the next divine revelation, as documented in Robert Boissière's The Return of Pahana.
Benjamin Creme has confirmed that "this account is broadly true but with a small degree of astral embroidery to the story." He adds that the short beings in Mrs Delicado's experience were from Mars, while the tall ones came from Jupiter. (Share International No.1, January/February 2009, pp.26-27.)

In an interesting coincidence, the author is from Cranbrook, BC, Canada, probably the same town where Rolf Alexander lived and worked as a GP for some time, as his first book was published there.