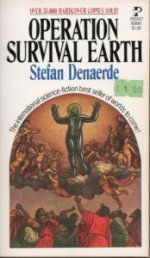 Writing under the pseudonym of Stefan Denaerde (Stef van de Aarde, or Steve of Earth), this Dutch contactee's real name was Ad Beers, who was the Director General of the Dutch importer for Swedish truck company Scania. This original English edition was presented as science fiction on the instruction of the author's contacts: "Write your book in clear science-fiction style and bring in certain inexactitudes so that it cannot be used as irrefutable logic. You must leave people free to believe or not, as they choose." (p.153)
The author's contacts show him how life on their planet, which they call 'Iarga', is organised around social justice and maximum sustainability and social stability: "The universal economic system shows itself in practice to be an efficient production system of goods and services, placing prior importance in the sectors housing, nutrition and transport. The produce is then shared by simply controlling the individual use or consumption. The aim of this system is to free the individual as much as possible from non-creative, servile work." (p.91/1982ed) Interestingly, in The Externalisation of the Hierarchy (pp.580-81) the Master DK describes the first steps towards the establishment of such a system on Earth.
Benjamin Creme's Master confirms that Mr Denaerde's contacts are from the planet Mars (Share International magazine No.6, July/August 2014, p.28), specifically the 'B' or middle zone, where the "well-evolved" people of the planet live. (See Benjamin Creme (1979), The Reappearance of the Christ and the Masters of Wisdom, p.208, and (2010), The Gathering of the Forces of Light -- UFOs and Their Spiritual Mission, p.44 for more information.)
His contacts also echo what other contactees have been told about Earth: "This is the blue planet with the blinding light, the home of the graceful, long-legged human race. It is one of the most beautiful planets that we know, a cosmic paradise amid all the uninhabited planets, the somber balance weights of nature." (p.88/1977ed)

This first English edition was expanded from the original Dutch edition, Buitenaardse beschaving ('Extraterrestrial Civilization'), with material added from its sequel, De universele schepping ('The Universal Creation'), which only appeared in Dutch in 1990. The English title appears in the original Dutch edition on p.188.
In 1982 Wendelle C. Stevens published a new translation of both volumes as one book in UFO... Contact from Planet Iarga. Part II in this second edition, "The Cosmic Integration of Earth", was announced in the original edition as Operation Cosmic Integration of the Earth (p.73). As a result, some of the chapters in the first US edition were rearranged in the second edition with others providing the basis for Part II. For instance, Chapter 9 in the 1977 edition, became Chapter 5 in the 1982 edition. (The above quote can be found on p.114 here.)
The online text in the links below is scanned from the 1982 edition and is missing the text on p.112 from the book.
In 1969 the author was interviewed by Han van der Meer for Dutch broadcaster KRO in a programme titled 'Kosmische ontmoeting' (Cosmic encounter; see the links below). After years of having been out of print, a new Dutch edition was published in 2011. 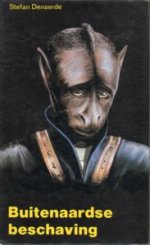