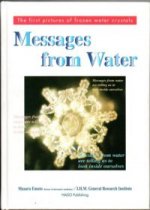 Dr Emoto researched the effects of written and spoken words on water crystals. In answers to questions about his work Benjamin Creme said that the positive or negative effects lie in both the sound and the intention of the thoughts and emotions, which affect everything around us through vibration, because "[t]he atoms of all things are inter-connected." He adds: "Negative emotions are very infectuous." (Benjamin Creme, Share International No.1, January/February 2002)
A review of this book appeared in the July/August 2001 issue of Share International magazine.

Dr Emoto subsequently wrote The Hidden Messages in Water and The True Power of Water.

In Share International No.6, July/August 2009, an interview was published with German resonance researcher and photographer Alexander Lauterwasser, who researched the response of water to the vibration of sounds. 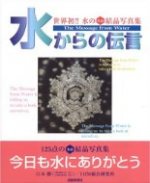