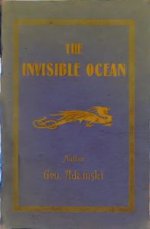 Before becoming world famous for his books about his contacts with the Space Brothers in the 1950s, George Adamski (1891-1965) began teaching philosophy in Los Angeles around 1928. In those early days Adamski, who referred to himself as a "wandering teacher", travelled around California, New Mexico, and Arizona, giving lectures, teaching about the mysteries of Universal Law to seekers of esoteric knowledge.
During that time he founded the Royal Order of Tibet whose first meetings were convened in Los Angeles and Pasadena, before moving to nearby Laguna Beach. There, with the financial help of Mrs Lalita Johnson, at whose Order of Loving Service he also taught classes, the Royal Order of Tibet established the Temple of Scientific Philosophy in January 1934 where he shared the knowledge he had gained from his training in Tibet via lectures, informal discussions, and self-published tracts and booklets. His lectures were also broadcast on several local radio stations between 1936 and 1938.
Only rediscovered in 2018, the Royal Order's first publication consists of two texts, 'Floating Power in the Invisible Ocean' and 'The Charm of Letting Go'. The former explains Space as an ocean of various strata or degrees of vibration -- long before this notion became 'mainstream' through quantum science, while the second text is about the value of learning to be detached from our physical body and our lower nature. "The illustration of the Ocean herein given will give the reader the reason for the many different states of consciousness in the one body called the universe or GOD, and its terrific power." (Preface)

From his profile in The Contactees Manuscript (1993) it is clear that these writings reflect Adamski's training in Tibet in preparation for his space travels, namely the ability to leave the dense-physical body, into the etheric, at will. As the late Fred Steckling writes: "At the young age of thirteen (...) George, along with a family friend and mentor, journeyed to Tibet" where for five years he was taught "a rigorous curriculum ending in mastery of the four universal elements, Earth, Fire, Water, and Air." Back in the USA, Adamski opened a school which he named 'The Royal Order of Tibet', where "he taught classes dedicated to the study, principles and purpose of universal life..." (Randazzo, p.2)
Adamski refers to the Masters of Wisdom twice in The Invisible Ocean, on p.14 and p.21.

The full text of this booklet is reproduced in Gerard Aartsen (2019), The Sea of Consciousness.