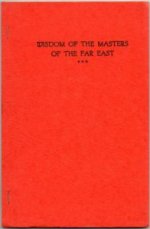 Between 1901 until 1909, George Adamski spent time in a monastery in Tibet where he studied the spirituality of the East and practised meditation. He was also prepared, under the guidance of an Initiate, for his future mission as a witness of the existence of extraterrestrial civilizations. In a private lecture in 1955 Adamski himself said: “I did study in Tibet when I was an eight year old boy.” (Confirmed by Benjamin Creme in Share International No.8, October 2008, p.9.) And in a newspaper article about the founding of the Royal Order of Tibet Adamski is quoted as saying, “I learned great truths up there on the roof of the world, or rather the trick of applying age-old knowledge to daily life, to cure the body and the mind and to win mastery over self and soul.” (Los Angeles Times, 8 April 1934)
The number of years Adamski spent in Tibet varies depending on the source -- from 3-4 years (according to Henry Dohan, The Pawn of His Creator, p.35) to 6 years (according to former president of the George Adamski Foundation Fred Steckling in Cosmic Bulletin, June 1979, p.6). In his profile for The Contactees Manuscript (1993) Steckling writes that Adamski went to Tibet when he was 13, i.e. in 1904, for a period of five years. Perhaps he went to Tibet several times between 1901 and 1909.

Lou Zinsstag's book George Adamski -- The Untold Story features a reproduction of page 2 of this book on which Adamski changed the words “Royal Order of Tibet” to read “Space Brothers” (plate 49), while the caption says that “Much of this book was republished as The Science of Life Study Course in 1964”. First-hand reading of both titles shows that this is not the case, although students of the Ageless Wisdom teaching will hardly be surprised to see the teachings of the Masters coincide with those of the Space Brothers. 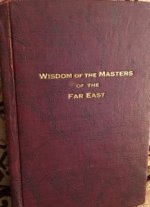