On Eastern Crossroads - Legends and Prophecies of Asia (1929) 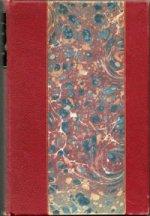 One of several books which Helena Roerich wrote under a pseudonym, this volume consists of beautifully written vignettes depicting legendary and historical events of the ancient times and shedding light on unknown aspects of the lives of the great teachers of humanity -- Buddha, Christ, Apollonius of Tyana, Maitreya, et cetera.
Some sections of note are 'From the Life of Christ'; 'The Mother of the World'; and 'Prophecies of Shambhala and Maitreya'. The section about the life of Christ starts with the story 'The Star' and also features a story entitled 'The Signs of Christ', which was depicted in a painting by the author's husband Nicholas Roerich (1924). Benjamin Creme gave a brief explanation of the painting in answer to a question from a reader in Share International No.5, June 2004 (p.27).
The story 'The Star' was reprinted in Share International No.10, December 2009 in reference to the 'star' heralding Maitreya's emergence.
The story 'The Signs of Christ' also contains the statement "...by human hand and human foot the Temple [i.e. the New Age] shall be built" (p.47), which first occurred in Leaves of Morya's Garden, Book Two (p.76).

Re-published under Helena Roerich's own name in 1992 by the Agni Yoga Society (New York, USA), and in 1995 by Prakashan Sansthan (New Delhi, India).

Helena Roerich wrote three further books using pseudonyms, namely Chalice of the East (1925), by Iskander Khanum, The Banner of Reverend Sergius of Radonega (1934), by Natalie Yarovsky, and Letters from the Himalayas by Sundri — none of which seem to have been published in English.

The cover below is that of the first English softcover edition (1930). 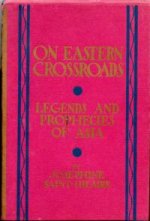