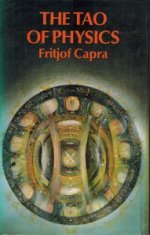 In his first book the author challenges much of conventional wisdom by demonstrating striking parallels between ancient mystical traditions and the discoveries of 20th century physics. He presents a world view that is new to Western science, that the universe has to be pictured as one indivisible, dynamic whole, whose parts are essentially interrelated.
Originally published by a small publisher with no budget for promotion, the book became an underground bestseller by word of mouth before it was picked up by a major American publishing house.

In an interview in Share International No.5, May 1982 (p.13), Benjamin Creme says: "There are many scientists today, especially those involved in quantum physics and the study of the nature of the atom generally, who would readily accept the concept of higher vibrational rates of matter. Their own investigations have led them precisely to that conclusion; mass and energy are the same things. One of the most distinguished of present day physicists, Fritjof Capra, author of The Tao of Physics, draws endless parallels between modern physics and the Eastern mystical tradition which postulates the existence of the etheric planes. In a recent BBC programme on Radio 4, 'Einstein and the Buddha', he goes so far as to say, 'I now believe that the world view of mystical traditions is the best and most appropriate philosophical background for the theories of modern science.' " 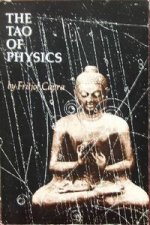