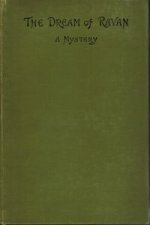 In the Hindu epos Ramayana Ravan, king of Lanka (Ceylon), is the Titanic enemy of Rama, the seventh incarnation of Vishnu.
Published anonymously in 1853 in The Dublin University Magazine, The Dream of Ravan shows a deep knowledge and understanding of Indian culture and history. It is thought to be the work, through one of his disciples, of the Master Koot Hoomi, who 22 years later was closely involved in founding the Theosophical Society in New York. It was brought to the attention of Theosophists when H.P. Blavatsky published excerpts from it in The Theosophist magazine in 1880. Some of the same verses she subsequently used in The Voice of the Silence.
The dream referred to in the title could be seen as a side-story within the great movement of the Ramayana, where it would fit between between the death of Ravan’s son Indrajit and the death of Ravan himself. Interwoven through Ravan’s narrative are "gems of theosophical interest", some of which provide a profound explanation of the three gunas (qualities of reality: sattva or harmony, rajas or activity, tamas or inactivity) in Vedantic philosophy, which stand out for the esoteric nature of the ideas presented.

Republished in 1974 by the Theosophy Company of India.