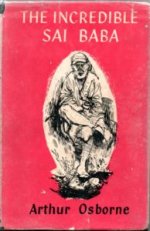 This book first introduced Sai Baba of Shirdi (c1840-1918), the first of the three Sai incarnations, to a Western audience.
Benjamin Creme has stated repeatedly that Sai Baba has come to Earth to help Maitreya and humanity with the transition into the New Dispensation. In the first chapter Osborne describes how "a lad of about sixteen" came wandering to the town of Shirdi in 1872, although it is now generally believed that he arrived there first around 1854, before settling there permanently in 1858.
In the first edition of The Boy and the Brothers (1959) Swami Omananda also mentions Shirdi Sai, in Chapter XII.