The Collected Works of Ramana Maharshi (1959) 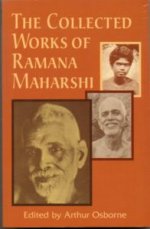 This volume contains the collected teachings of Sri Ramana Maharshi, who was first introduced to the West by Paul Brunton in his book A Search in Secret India (1935).

Note: The Ramana Maharshi website provides all their books for free download. However, when the monthly bandwidth limit is reached, the page will be suspended until the following month, when downloads will be re-enabled.