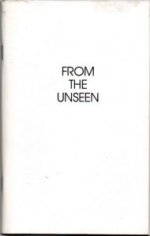 Verses in 9 different languages which Gopi Krishna received in much the same way as he received his verse The Way to Self-Knowledge (1985). The author describes the process thus: "...The lines occurred one after the other, as if dropped into the three-dimensional field of my consciousness by another source of condensed knowledge within me. ... They came fully formed, complete with language, rhyme, and metre, finished products originating as it seemed from the surrounding intelligence to pass before my internal eye for expression."
According to the Introduction the author first received some verses in his native tongue, Kashmiri, after which other material came to him in English, Punjabi, and Persian, languages with which he was more or less familiar, but within a month also in German, French and Italian, which he had never learned, seen in writing or heard in speaking.
Benjamin Creme says the author was unusually sensitive to mental impression by his personal Master (Maitreya's Mission Vol.II, p.554).

The English-language verses call for man to relinquish his separativeness and strife, which in the 1950s expressed itself in a nuclear stand-off between the superpowers:
"O, people of the world unite,
And pave the way to peace sublime;
Divided you yourselves invite
Disastrous wars, unrest and crime." (p.5)

Published simultaneously in the US by New Concepts Publishing (NY).