Krishnamurti, the Man and His Message - A Contribution to the History of Modern Re-Orientation (1930) 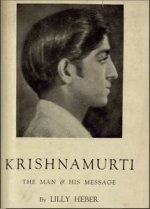 Commentary on how the early teachings of Krishnamurti were beginning to impact the world, showing the radical nature of the content of his teachings as well as the excitement that it brought among his followers.
As Mrs Heber writes, for the ‘Order of the Star’ followers and others who cared to look into Krishnamurti’s message, “it became impossible to continue living according to their former, more or less dogmatical, concepts, realising that they were foreign to life… It is this world of narrow human conceptions and dogmas which is now rapidly dissolving…” (p.109) 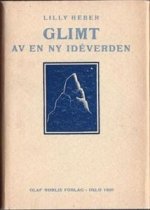