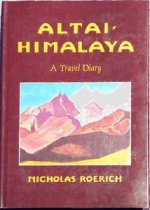 Helena Roerich's husband Nicholas kept a diary of his travels by yak and camel through a remote region still largely unknown today. An intellectual as well as an adventurer, he chronicles his expedition through Sinkiang, Altai-Mongolia and Tibet from 1924 to 1928 in twelve chapters detailing his encounters along the byways of Central Asia and geographical mysteries and arcane and mystical arts.
Interestingly, on pp.361-362 the author relates a sighting of a UFO while camping in the Köke Nuur district of Upper Mongolia.
Includes 20 b/w reproductions of drawings and paintings by the author. The UK edition was published in 1930 by Jarrolds Publishers.

Republished in 2017 by the Nicholas Roerich Museum. 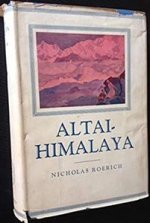