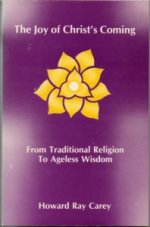 A compilation of the articles that Methodist minister Howard Ray Carey wrote for Share International magazine, from 1982-1987, drawing parallels between the Christian Bible and the Ageless Wisdom Teaching in light of the reappearance of the Christ.
In his Foreword to this volume, Benjamin Creme wrote: "Howard Ray Carey is that unusual combination: a Methodist minister who is also a student of the esoteric teachings, and so can shine the revealing light of the esoteric tradition on the symbolic stories and events of the Christian Bible. His is thus a most valuable service."