Transmission – A Meditation for the New Age (1983) 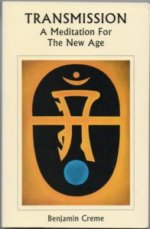 From its humble beginnings as an 80-something-page transcription from tapes of the lectures and workshops given by Benjamin Creme during his United States tour in October and November of 1982, this volume has grown into a rich source of facts about, and insights into, the purpose and process of Transmission Meditation, which was given to the world by Benjamin Creme's Master.
In the Preface to his first book, Benjamin Creme describes how, in March 1974, he had invited 14 people to his home at the instigation of his Master, and talked to them about "the Hierarchy of Masters, meditation and its role in bringing about soul contact". He invited the group to take part in regular meetings to channel the spiritual energies from Hierarchy, and the Master arranged a short transmission so those attending had some idea of what was expected of them. This way the world's first Transmission Meditation group was established. (Benjamin Creme, The Reappearance of the Christ and the Masters of Wisdom, p.17/1979ed).
Benjamin Creme used to start his talks, at least up until 1982, with an elaboration of the use of the Great Invocation, giving visualizations for the first three stanzas of its current form, which were accompanied by mudra's and blessings from the Buddha and the Christ, Maitreya, and which he describes in this volume. (pp.23-24)
Some additional information on the subject of Transmission Meditation may be found in Maitreya's Mission, Vol.II, Chapter 14, and in Maitreya's Mission, Vol.III, Chapter 7.

The painting on the cover is 'OM Overshadowing the Earth' (painted in 1966). This is the first edition which has a reproduction of the actual painting printed on the cover, while previous editions featured a graphic representation of the painting. 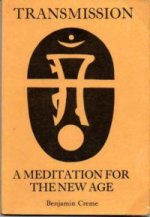