The esoteric art of Benjamin Creme (2001) 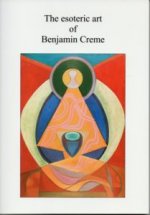 Catalogue of the esoteric paintings by Benjamin Creme of which lithographs and greeting cards have been produced by Sirius Enterprises and Studio Graphics, with explanations of their significance by the artist. (The original editions had the descriptions in English and Japanese.)
With a brief introduction 'About the Artist' and an explanation by Benjamin Creme about 'Esoteric paintings,' in which he elaborates the difference between making signs, as the result of every art, and symbols, which are signs that convey meaning at different levels, depending on the artist who makes them. "While remaining a sign," Creme says, symbols provide a way "into that aspect of reality which we call beauty or God."
A review of the original 2001 catalogue in the first and apparently only issue of A Quarterly Journal of Art and Culture says: "Creme's esoteric paintings can be reconsidered as components in a mission that is massive in scope and that encompasses nonart events in a way that appeals to contemporary criticism and critical analysis." (The Art Gallery of Knoxville, USA, 2008, p.133)

While originally a publication of Sirius Enterprises, this first paperback edition is published by Share International Foundation and includes 30 of Benjamin Creme's symbolic paintings, a preface by his wife Phyllis, some abstracts from Share International magazine's July/August 2017 feature section The Art of Benjamin Creme, and a glossary of terms.

The painting on the cover is 'Thangka for the coming Buddha Maitreya' (1965).

Early August 2014 the establishment of the Benjamin Creme Museum in Santa Monica, CA, USA was announced. 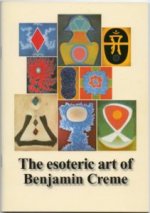