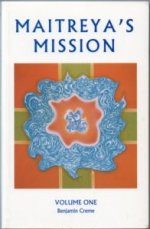 In what is generally considered the sequel to his first book, Benjamin Creme elaborates not only on the teachings and mission of Maitreya, the World Teacher, but also illuminates aspects of the Ageless Wisdom teachings as put forward by H.P. Blavatsky, Alice A. Bailey and Helena Roerich, such as reincarnation and karma, spirituality, discipleship, and especially the Seven Rays. This is the first volume that includes a collated list of the names of historical figures with their ray structure and point in evolution, as given by Benjamin Creme's Master from 1982 onwards.
This book is named after an article by Benjamin Creme's Master from June 1985, in which He writes: "It is not long until the world will see the Christ. Despite appearances, His Mission is proceeding well and many are the changes which His presence has invoked... For the first time in history the whole world will see and know the Teacher. For the first time, together, men will salute the Messenger of God." (A Master speaks, p.81-82/2004ed.)

For the second edition, which was published in 1990, the 'List of Initiates' was updated with the names of all the initiates whose ray structures had been published in Share International magazine through December 1990. This third edition adds an Introduction (the original Introduction being changed to the Preface), and an Index. 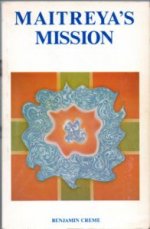