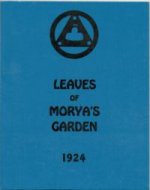 "The New World approaches -- sacrifices are the steps of ascent." (p.13)

The Agni Yoga teachings constitute one of the major attempts of Hierarchy to prepare humanity for the New Age. They were given in Russian by mental telepathy through Helena Roerich (Elena Rerikh), mainly by the Master Morya. However, the first book of the series, The Call, was given by Maitreya Himself, and was intended to alert disciples to the fact of His imminent return. (Benjamin Creme (1986), Maitreya's Mission Vol.I, p.300-01.)

Maitreya says in this volume: "Children, children, dear children. Do not think that Our Community is hidden from humanity by impassable walls. The snows of Himalaya that hide Us are not obstacles for true seekers, but only for investigators. Mind the difference between the seeker and the dry, skeptical investigator. Give thyself to thy work and I will lead thee on the path of success in the Yonder World." (p.94) Some examples of "true seekers" included in this library are Rolf Alexander M.D., Murdo MacDonald-Bayne, and Baird T. Spalding, all of whom lived and studied with the Masters for some time. 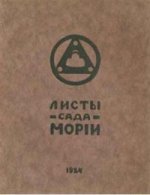