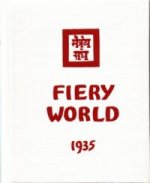 "Not obviously does the King of Glory arrive, but by the wise His step is heard. Leave the dead to bury the dead, and rejoice in the formation of life. Say to friends -- take notice, observe sharply.
"Certain perspicacious people speak about the approaching end of the World. In describing it they talk as they were taught to think in elementary schools. They are little to be blamed in this, since their heads have been filled from childhood with the most monstrous ideas. And yet, they do sense some sort of end of something. Though dimly seen, still their spirit has a presentiment of some kind of change. They are called false prophets, but such a judgment is not fair, for in their own way they sense the end of an obsolete World. Only, they are unable to distinguish the external signs. Indeed, near is the hour when superfluous scales begin to fall, and the World of Light begins to come into being in joy. The most important processes can be carried out visibly-invisibly." (p.303-04) 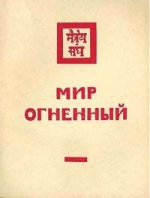