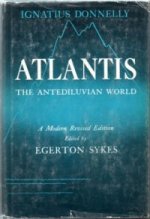 After Plato had written about the lost island of Atlantis in his Dialogues ('Timaeus' and 'Critias') the notion of earlier civilizations had virtually died in the West until former US Congressman Ignatius Donnelly published this book, which is based on his research of sources in the Library of Congress.

In The Secret Doctrine H.P. Blavatsky refers to Donnelly's book as "that wonderful volume", while adding a mass of information to "the clever work of Donnelly" which was still "confined within a frame of strictly scientific proof." (Volume II, p.334; Adyar ed. Vol 3, p.334.)

After a brief statement about the purpose of this book, the author introduces his findings by reproducing Plato's history of Atlantis in his Dialogues.

This "modern revised" edition (edited by Egerton Sykes) "takes into account new facts which have come to light since Donnelly's day and verifies many of the author's references." In addition to a foreword by Sykes, it contains 'An Appreciation of Donnelly' by H.S. Bellamy and a brief note on his work by Lewis Spence. All three testify to the fact that the publication of Donnelly's work initiated the modern wave of interest in Atlantis and other lost civilizations. 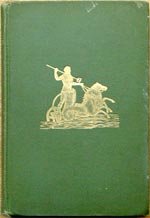