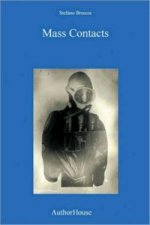 Around the same time that George Adamski was establishing the international Get Acquainted Program (GAP) to foster greater understanding and friendship between people worldwide who were interested in the UFO phenomenon, the Space Brothers themselves were setting up similar efforts in many countries around the world. The Friendship Case is the story of one such in Italy, where contact between a group of friends and extra-terrestrials started in 1956 and carried on into the late 1970s.
Stefano Breccia's book Mass Contacts is comprised of three parts: Part 1: The Beginnings, Part 2: The Ummo Affair, and Part 3: The History of Amicizia. This third part, about the Friendship Case, is based largely on the story of Bruno Sammaciccia, who was among the first three people contacted by the extraterrestrial Friends who were living and working in underground bases around Italy and Europe. Information is also included from one of the participants in the German chapter of Friendship.
Another protagonist in the Amicizia Case, Paolo di Girolamo, wrote about his experiences in Noi e Loro ('Us and Them'; Nexus, Italy, 2009), while yet another protagonist, Consul Alberto Perego, had published several books about the extraterrestrial visitations in Italian in 1957, 1958, 1963, 1970. Activities of the South-American branch of Friendship were recorded in the 2010 book Friendship - ¿Evidencias de contacto extraterrestre? by Chilean Octavio Ortiz.
A comprehensive overview of the history of the Amicizia efforts from all these and other sources is given in Here to Help: UFOs and the Space Brothers, Chapter 4, 'From Space in Friendship'.

The photo on the cover of this English edition shows one of the extraterrestrial 'friends' who wanted to explore the entrance of a huge underground hall tens of meters below the sea level near Pescara, the epicentre of the Amicizia Case, in a skin diver suit, according to Stefano Breccia in his posthumously published follow-up book, 50 Years of Amicizia (2013, p.19). Two more photographs appear on p.235 in that book.

In 2010 an inspiring documentary was made of the main events in the Italian Friendship Case, Il Caso Amicizia. 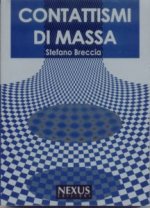