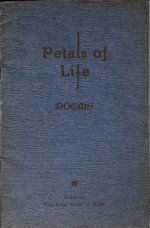 These poems likely first appeared in the Royal Order of Tibet newsletter, Universal Jewels of Life, which, from January 1936, was produced once a month and handed out for free to those attending the weekly meetings.

It has been suggested that these poems were inspired by the Book of Dzyan, and transcribed by Adamski from the originals in Senzar.