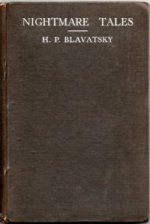 Five occult stories which originally appeared in various journals, including the New York Sun and The Theosophist. Some of the stories concern events in HPB's own life or were in some way witnessed by her, notably 'A Bewitched Life as Narrated by a Quill Pen' (see Sylvia Cranston (1993), HPB, p.405). Blavatsky reworked these stories for leisure while she was working on the Theosophical Glossary and found herself unable to sleep at night. The story 'From the Polar Lands' had not been published previously. According to C. Jinarajadasa in his foreword to HPB's Two Stories, she had told some of her pupils that the Master Hilarion assisted her in writing stories such as these.

Illustrated with two b/w drawings by R. Maxwell and decorated initial capitals at the start of each chapter.

Later combined with the tales from Two Stories (1932) plus two further stories by HPB, and the occult stories by W.Q. Judge, in The Tell-Tale Picture Gallery (1942). The online text of this volume includes all the stories by H.P.B. as compiled in the latter book.

Knowing that HPB is speculated to have been the inspiration for the character of Mrs Moore in A Passage to India (see Cranston, p.478), the story 'The Cave of the Echoes' from this volume may well have been a source of inspiration for that novel by E.M. Forster.

The story 'The Ensouled Violin' was included in the anthology Ladies of Fantasy. Two Centuries of Sinister Stories by the Gentle Sex (Lothrop, Lee & Shephard Co., New York, 1975). A later compilation of HPB's stories was published as The Collected Supernatural and Weird Fiction of Helena P. Blavatsky (Leonaur, 2014).The expanded edition of 2019 makes this "the most complete collection of Madam Blavatsky’s fiction ever published". 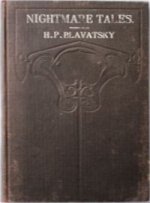