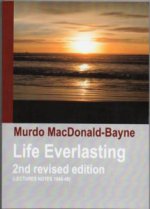 Second revised edition of this posthumously published collection of three series of talks that Dr Mac gave in Pretoria and Johannesburg, South Africa, from 19 October 1948 to 28 June 1949. The book consists of the lecture notes which Dr Mac gave out in advance to his students. He would give further explanations on the night of the actual lecture.
This edition presents the lectures in the original order and includes the talks that were missing from the 1981 edition which was compiled by one of his original students, Paul Troxler of South Africa. It comes with a bonus CD containing the original, if incomplete, wire recording of the 6th lecture of the third series (held 3 March 1949 in Johannesburg, and 7 June 1949 in Pretoria).

A revised, but still incomplete edition was first published spiral-bound in 2002. Additional material which resurfaced in 2004 is included in the current edition. 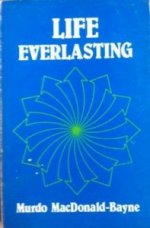