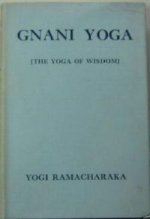 Yogi Ramacharaka (India, 1799-1893) derived his philosophy from his research of books which he read mainly at lamaseries and monasteries around the East. Around 1865 he took Baba Bharata as his pupil, the son of a Brahmin family who was then eight years old. In 1893 he sent his disciple to the New World, where Baba Bharata proved an instant success as a speaker and met the New Thought writer and future co-author William Walker Atkinson (1862-1932) towards the end of the 19th century. (Source: The Yogi Publication Society)
Some wonder if Baba Bharata could be the same as Baba Premananda Bharati, the Indian teacher of Mrs Maud (Lalita) Johnson, an early supporter of George Adamki's in Laguna Beach, CA who was involved with his Royal Order of Tibet from 1933 until she moved to India. The Light of India, the journal published by Bharati, published contributions by William Walker Atkinson, while in his introduction to The Kybalion - The Definitive Edition (2011) Philip Deslippe provides further evidence that Mrs Johnson's teacher was indeed the same individual, although his dates of birth and death differ in various sources.

Atkinson was a prolific author in his own right and, as Yogi Ramacharaka, co-authored many other books with Baba Bharata, such as Science of Breath, Raja Yoga, Hatha Yoga. Alice A. Bailey quotes from an adaptation of the Bhagavad Gita by Yogi Ramacharaka in the Foreword to The Labours of Hercules. Earlier she referenced another volume by Ramacharaka in her book The Soul and Its Mechanism (p.98-99).

This edition is undated, but given the time it was purchased probably published mid- to late 1970s.