The Secret Teachings of All Ages - An Encyclopedic Outline of Masonic, Hermetic, Kabbalistic and Rosicrucian Symbolical Philosophy: Being an Interpretation of the Secret Teachings concealed within the Rituals, Allegories and Mysteries of all Ages (1928) 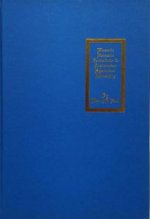 Manly Palmer Hall (1901-1990) became interested in occult matters as a young man and began collecting works on mysticism and the esoteric sciences. Hall studied the full range of the world's ancient wisdom traditions and saw wisdom as the highest realm where philosophy, religion, and science come together without boundaries. He started plans for a comprehensive work on the symbolism of western mystical societies in 1922.
The result after six years was this encyclopaedic and illustrated overview of the esoteric and occult societies and traditions through the ages, describing in some detail the most ancient theory of education, which was in the keeping of the Mystery Schools.

In the Preface to the Diamond Jubilee Edition (1988), the author reminisces the circumstances that led to its writing, when he had a brief career on Wall Street between the end of WWI and the Great Depression of 1929: "My fleeting contact with high finance resulted in serious doubts concerning business as it was being conducted at that time. It was apparent that materialism was in complete control of the economic structure, the final objective was for the individual to become part of a system providing economic security at the expense of the human soul, mind and body. (...) We are now coming to the end of the twentieth century, and the great materialistic progress which we have venerated for so long is on the verge of bankruptcy. (...) We were told that the twentieth century was the most progressive that the world has ever known, but unfortunately the progression was in the direction of self-destruction."

This 2000 reprint of the reduced facsimile edition has the 54 original colour plates reproduced in colour, whereas the original edition of 1988 had them in b/w, as did earlier editions. The first of these plates depicts "Prince Ragoczy of Transsylvania," the Master Rackoczi in His manifestation as Count St Germain. On page 198 the author gives a description of the lives of Count St Germain and his pupil Comte di Cagliostro who, according to Benjamin Creme, was an earlier manifestation of H.P. Blavatsky (see Share International Jan./Feb. 1991, p.25, and Maitreya's Mission, Vol.II, p.337).

Uniquely, this volume saw five editions in the year it was first published. In his original Preface the author writes: "The subscription list for the first edition of 550 copies [Subscriber's Edition] was closed a year before the manuscript was given to the printer. The second, or King Solomon, edition, 550 copies; the third, or Theosophical edition, 200 copies; and the fourth, or Rosicrucian, edition, 100 copies, were sold before the finished volume was received from the printer." The Fifth edition was printed the same year in a run of 800 copies. 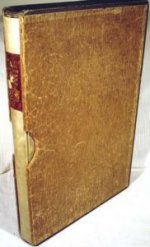