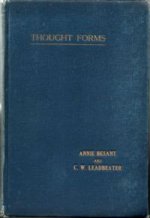 Illuminated with 58 illustrations in b/w and colour, several of which featured in the 1977 exhibition Art of the Invisible in Jarrow, Tyne & Wear (UK) and in the catalogue for the exhibition The Spiritual in Art: Abstract Painting 1890-1985 (1986), as examples of how theosophical concepts have influenced modern art.
From September 2013 to May 2014 a similar exhibition was held at the Bibliotheca Philosophica Hermetica in Amsterdam, Holland, titled 'Beauty as the imprint of the Cosmos', which also included illustrations from this book.