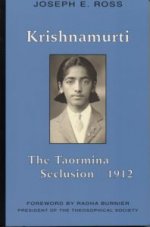 Presented to portend "the great spiritual awakening in Krishnamurti in 1929", when he dissolved the Order of the Star, this collection of eyewitness accounts in correspondence and other documents between C.W. Leadbeater, George Arundale and Annie Besant, from 1911 until 1933, also provides an account of an important phase in the esoteric preparation of the young Krishnamurti as a possible vehicle for the manifestation of the World Teacher for the New Age. To this end Annie Besant and C.W. Leadbeater were advised by the Masters to "isolate him from the turmoil of the lawsuit [brought by his father to regain custody of K and his brother Nitya] and the disturbances that necessarily exist in the midst of activities and people". (p.8)
CWL had selected the village of Taormina in Sicily (Italy) as the ideal location for the next stage in Krishnamurti's preparation, because it was believed that Pythagoras (a former incarnation of the Master K.H.) had taught at the Greek theatre there, and that Apollonius of Tyana (who was the next incarnation of Jesus in which He took the fifth initiation to become a Master of Wisdom (D.K. in Initiation, Human and Solar, pp.56-57) had buried a powerful talisman there (p.48). K's tutors in Taormina were CWL, C. Jinarajadasa and George Arundale.
About the actual preparation, C. Jinarajadasa wrote that instructions were given by Maitreya Himself in 1913: "I am depending largely upon you to prepare for Me the vehicle which I need for My work. (...) I want a vehicle through which I can work always and at all levels. I want to be able when necessary to occupy it completely without the slightest friction, or be able to occupy it partially in various ways and at various stages, to be able to express when necessary a single thought in My own words quickly, without distortion and without too great exertion..." (p.103) These words are strongly reminiscent of Benjamin Creme's description of his preparation for his work with a Master of Wisdom and Maitreya, in the Preface to The Reappearance of the Christ and the Masters of Wisdom (1979).
In an article quoted in this volume C. Jinarajadasa writes: “It is [the Lord Maitreya] who has planned to bring about a great change in human affairs, by giving to the world a new embodiment of the Ancient Wisdom. (…) It was a part of His plan that His disciple Krishnamurti should be a channel of the new teachings. (…) I was present on the platform, on December 28 [1925], when Krishnaji spoke, and at the end came the startling words: ‘I come to those who want sympathy, who want happiness, who are longing to be released. I come to reform and not to tear down. I come not to destroy, but to build.’ ” (p.106)
In another of his statements quoted in this volume, C. Jinarajadasa says that K's booklet Education as Service (1912), which was written during his sojourn in Taormina, is a companion volume to At the Feet of the Master (p.86). 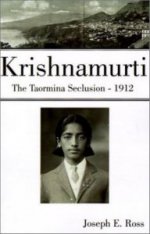