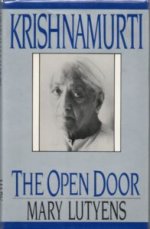 The final volume of the biographical trilogy, in which Krishnamurti describes what he calls "the process", the continuous overshadowing by Maitreya.
The three biographical volumes by Mrs Lutyens were published in one volume, titled Krishnamurti – A Life, by Penguin Books (India, 2005).

Mary Lutyens wrote one final book about K, The Life and Death of Krishnamurti (John Murray, 1990). In the US this volume was published as Krishnamurti: His Life and Death (St Martin's Press, 1991).
Another book of note by Mrs Lutyens is Krishnamurti and the Rajagopals (KFA, 1996), which she wrote in response to accusations of bigotry made by the daughter of Krishnamurti's one-time editor, D. Rajagopal, who had fallen out with K over financial entanglements with Krishnamurti Writings Inc., which managed K's publications at the time.

The definitive film documentary about Krishnamurti's life and teachings is The Challenge of Change (Michael Mendizza, 1984; re-released on DVD in 2005). This documentary not only includes rare historical film and photographs of K, collected from archival and private collections throughout the world, but also conveys the depth of his message through a selection of footage from his talks and discussions. 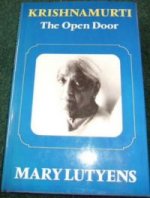