Commentaries on Living - From the Notebooks of J. Krishnamurti (1956) 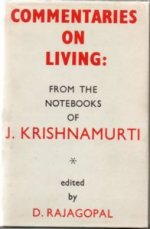 In the ten years prior to the publication of this book, Krishnamurti had travelled extensively in Europe, India and America. From time to time during these years, Krishnamurti would note down recollected conversations, relating them to the surroundings of nature, at the request of his friend Aldous Huxley. Nothing was imagined or invented: he wrote down simply and truly what happened. It was from the resulting notebooks that D. Rajagopal edited Commentaries of Living. 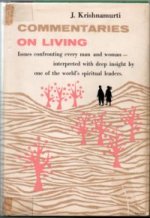