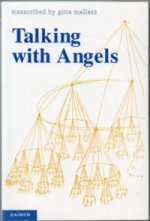 This is the story of four young Hungarians in search of inner meaning at a time of outer upheaval -- the holocaust -- who were contacted by luminous forces or "angels", helping them find new direction and hope amidst increasing destruction. According to Benjamin Creme these forces were, in fact, the Masters Jesus, Morya and Koot Hoomi disguised as angels (Share International No.1, January/February 2003, p.47), Who accompanied and taught them for seventeen perilous months, until the death of three of them in Nazi concentration camps.
Of the four, only Gitta Mallasz (1907-1992) survived to bring their story and their dialogues to the world. She always rejected any notion of "authorship" for this book, saying, "I am merely the 'scribe' of the angels." Born in Austria, she arrived in Budapest at age 15 where she gained fame as a champion swimmer. She went on to study art and pursued a successful career as a graphic artist. In 1960 she emigrated to Paris where, after years of silence, the story of these extraordinary encounters was finally translated from Hungarian into French and published in book form. Mrs Mallasz' life story has been adapted for stage by US performer Shelley Mitchell. 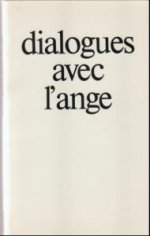