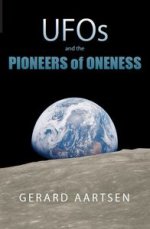 Referencing the findings of astrophysics and systems science, the author argues that current UFO research is not equipped to solve the Fermi Paradox or provide a sound explanation for the UFO phenomenon, since "enquiring into the physical aspects of a phenomenon that has proven so elusive, despite its persistence in the face of our advancing scientific methods, is itself based on assumptions that are challenged by a growing number of scientists." (p.9)
The author shows how the latest insights from 21st-century systems science and consciousness research now confirm the postulates of the Ageless Wisdom teaching as first formulated in the work by H.P. Blavatsky, and that social justice as the way to universal freedom has been central to the wisdom teachings since the late 19th century. He also documents that George Adamski already wrote about the Technology of Light in his book Pioneers of Space (1949), that Benjamin Creme revealed has been developed by the Space Brothers to meet all of humanity's energy needs once we have renounced war for good.
Deriving from the author’s synthetic methodology, momentous world events are placed in context and viewed from the perspectives of the latest science and the Ageless Wisdom.
In the process, the author reveals how today’s ongoing conflicts and perilous tensions are actually the birth pangs of a new sense of oneness, and shows that humanity’s problems arise from our inability, as yet, to manifest this essential underlying unity.
Going well beyond the question if they are here among us – for which there is evidence in abundance – Pioneers of Oneness elucidates the intrinsic nature of the visitors from space, why they are here, and what is significant about their presence for humanity and our survival.